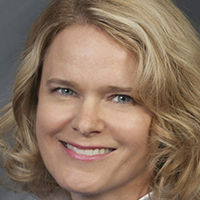 Kathryn Metcalfe’s career spans both the agency and client sides of the PR profession (senior roles with the likes of Cohn & Wolfe and Pfizer) and almost every aspect of the increasingly diverse healthcare business, which made her the ideal choice to take the helm of the communications function at CVS Health, following its merger with insurance giant Aetna, where she had served as CCO since 2016.

The pharmacy company’s $69 billion acquisition of Aetna’s health insurance business was hailed as exhibit one in the vertical integration of the healthcare sector, raising a host of complex issues — as well as some interesting post-merger integration issues — and concerns about the potential impact on consumers.

Metcalfe’s background certainly equips her to deal with those challenges. She began her career in agency with biotech investor relations Noonan Russo and its successor company, and later worked in senior roles with Sciens Worldwide and Cohn & Wolfe, where she was CEO of the New York office. She left to serve as VP of corporate communications at Novartis, held reputation and policy roles at Novartis, was CCO at Deloitte and most recently at Aetna prior to the merger and her new, expanded role.