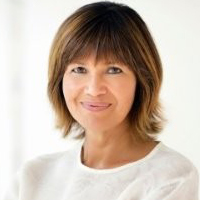 Dominique Wood-Benneteau moved into the highest-ranking comms role at the French multinational retailer Carrefour last summer, as Laurent Glépin, Carrefour’s former group executive director of communications, moved agency-side into a new life as a VP at Publicis Consultants after only one year in the role.

Wood-Benneteau joined the company – one of the largest supermarket chains in the world – at a time when it was facing a slowdown in sales. She arrived from Air France-KLM Group, where she was communications director. She had previously steered comms for France-based international transport operator Transdev, after starting her career in consultancy, including 12 years as general manager of Havas marketing and advertising agency W&cie.