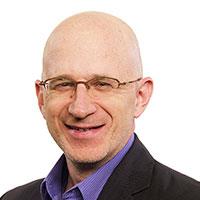 Alan Marks — who reports directly to outgoing CEO John Donahoe — joined eBay in April 2008 from Nike where he was director of corporate media relations. Later this year, eBay and PayPal will split into two, independent publicly traded companies and eBay CEO-designee Devin Wenig will takeover and the existing leadership team — including Marks — will step down.

While his next project remains to be seen, Marks tenure at eBay included notable contributions. He oversaw all aspects of communications and reputation management for eBay, PayPal and eBay Enterprise. He brought on Edelman as eBay's PR agency of record and sat on the $18 billion company's executive management team. During Marks' time the company more than doubled its revenue and number of employees.

What do you consider your career highlight?
Building my current team.

What is the best advice you ever received?
Always use someone else's budget.

What is your favorite PR campaign?
There's too much great work being created and executed to single out one campaign (eBay and PayPal included!). But I will cite the recent "Alex from Target" viral moment as a great example of the chaotic environment we all compete in. Whether Alex was organic or a marketing ploy, the impact was very real.

What do you enjoy most about working in PR?
It's such a dynamic business. Sometimes frustrating, but never boring. And ultimately satisfying. Great PR creates change and helps shape the future.

What was your biggest career break?
Not getting fired at a young age (although that was a real threat) when I showed up at my corporate job after Thanksgiving break with a pierced ear. Surviving a tough conversation with my boss showed me the power of being who you are. My career took off from there and I stayed at the company for another decade.

Who was your mentor and why?
I believe the best mentoring comes from experience, not one person. Be open to everything. Listen. Pay attention. Be humble.

Who inspires you?
Customers. They always know best.

What are your favorite media, offline and online?
NYT, re/code, The Sun Magazine (thesunmagazine.org)

What is your favorite gadget?
iPhone6 -- it's my office, my life.

In one sentence, sell a career in communications to a new graduate.
If you believe in the power of words, images and experiences to inspire people, influence how we see ourselves and the world around us — and make impossible possible — then this is the career for you.

What is your favorite city for business travel?
London