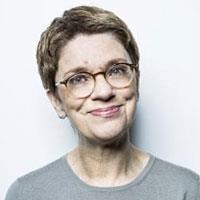 For more than six years, Dana Anderson has been immersed in marketing and communications of the billion-dollar snacks and candy giant Mondelez. With a global marketing budget that exceeds $1b, Anderson has steered the reputation of iconic brands — Oreo, Nabisco, Chips Ahoy, Honey Maid — via Mondelez’s internal teams and external agencies. Her contributions have been many, including being credited with breathing new life into marketing and communications by enlisting a new generation of agencies to liven up its creative output. Anderson’s background includes tenure at Y&R, FCB Chicago and JWT  before landing at Kraft Foods (which ultimately spun out Mondelez International).