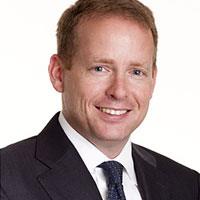 After two years leading communications at PepsiCo, Wilkinson moved from the so-called “old world” economy to the “new world” to Chinese e-commerce giant Alibaba as it geared up for its landmark IPO that took place in September 2014. Alibaba was drawn to Wilkinson’s broad experience of corporate and regulatory affairs. Wilkinson is based in the Bay Area, as Alibaba is looking to extend its platform to SMBs and entrepreneurs around the world. Wilkinson, in part, has been tasked with building bridges across geographies with Alibaba’s message: to make it easy to business anywhere.

Before Alibaba, Wilkinson joined PepsiCo from Brunswick Group, where he was a managing partner. Prior to Brunswick, he served as chief of staff for US Treasury Secretary Henry Paulson and as senior advisor to US Secretary of State Condoleezza Rice as deputy national security advisor for communications and as director of strategic communications for General Tommy Franks at US Central Command.