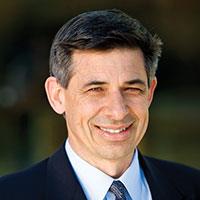 Lenovo pulled off something of a coup when it hired David Roman to become its chief marketing officer five years ago. During six years at HP, Roman had led the company’s successful PC marketing strategy, including the ‘Your computer is personal again’ campaign, and had also previously worked at Apple in his native Australia. At Lenovo, Roman has overseen the company’s efforts to establish itself as a breakthrough brand, through an ambitious rebranding effort that has helped the Chinese brand gain a strong following among hard to reach millennials.