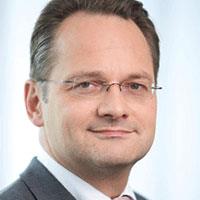 Herbert Heitmann’s return to Germany in 2013—after three years with Anglo-Dutch giant Shell—saw him take on one of the most prominent public relations roles in the country, leading global brand, communications and government relations for Bayer at a time of significant change, as the company is divesting its materials science business to focus exclusively on life sciences. Heitmann initially made a name for himself during a 12-year career at SAP, first as a speechwriter for co-founder Hasso Plattner and later as an advisor to CEO Henning Kagermann, before moving to Shell where—as a former engineer, he was fearless in calling for the oil industry to be more honest in its commitment to renewables, and for companies like Shell to make a better case for deep-sea drilling. Heitmann is equally well known for his industry leadership activities, as founder and president of the European Association of Communications Directors, as a member of board of trustees of the Arthur W. Page Society, and as a committee member of The Seminar.