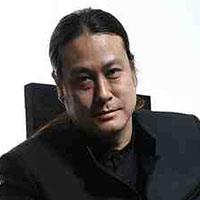 Rock musician, journalist, podcaster, and, now, respected corporate bigwig, Kaiser Kuo is an essential figure in Beijing’s media scene. After growing up in the US, Kuo moved to Beijing and co-founded rock band Tang Dynasty, before a career in journalism beckoned. In a recent edition of This American Life, Kuo is described by New Yorker writer Evan Osnos as “a traffic cop who stands at the intersection of China and the foreigners trying to make sense of it,” and has capitalised on his unique understanding of media, communication and culture to land a succession of top digital communications jobs, beginning at Ogilvy in 2007, before becoming director of international communications at leading Chinese search engine Baidu.com in 2010.