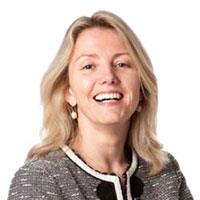 Lambkin joined Diageo in January 2014 as the company’s top communicator, filling a role that was previously held by Ian Wright for 13 years. Lambkin brought a different sensibility, having spent nine years at BAE Systems, including five on the executive committee as group communications director, where she was charged with building the company’s worldwide comms function at the age of 32. Lambkin successfully transformed BAE’s communications approach from a reactive, tactical function to one that is central to overall business development and strategic advancement.

Along the way, she also developed a reputation for tackling issues head on. “I am a firm believer that you are master of your own destiny,” Lambkin has said. “It’s easy to blame others when things don’t work out — but much more empowering to look to yourself for the answers.” Before joining BAE Systems, Lambkin spent a decade at Pelham.