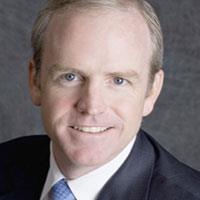 With the departure of Leslie Dach, who transformed Walmart’s the corporate communications function within Walmart as well as the company’s response to external criticisms, the Arkansas retail giant clearly needed another heavy hitter to fill his shoes. It found one in Dan Bartlett, who took the reins of the corporate affairs department in June of 2013 and over the past two years has built on his success, most recently handling the announcement that the company was raising its minimum wage, now 24 percent higher than the statutory minimum. Bartlett reports to Mike Duke, Walmart’s president and CEO, and serves as a member of the company’s executive council. His responsibilities include oversight of external communications, government relations and sustainability, as well as the Walmart Foundation, which contributed more than $1 billion in cash and in-kind donations last year. Bartlett was previously president and CEO of the US operations of Hill+Knowlton Strategies, which he joined when the firm merged with WPP sister agency Public Strategies. Prior to that, he was a senior counselor to President George W. Bush, responsible for all aspects of the president’s strategic communications planning, formulation of policy and implementation of the president’s agenda. He also oversaw the White House press office and the offices of communications, media affairs and speechwriting and global communications.