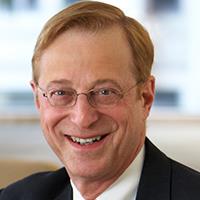 Regulatory and public policy issues loom large for telecommunications companies, so it’s no surprise that AT&T’s leading public relations executive comes from a political background. Jim Cicconi, who now leads external and legislative affairs for AT&T—a role he had held since the 2005 merger of SBC Communications and AT&T—and serves as chair of the AT&T Foundation, worked in the White House under two presidents, spending two years as deputy chief of staff to President George H.W. Bush, and four years as a special assistant to President Ronald Reagan and to White House chief of staff James Baker. He has also been a partner at prominent Washington law firm Akin Gump Strauss Hauer & Feld. Cicconi currently serves as a director of El Paso Electric Company, the American Council on Germany, Jobs for America’s Graduates, and the US Chamber of Commerce. He is a member of the US Telecom Association executive committee, the University of Texas at Austin Development Board and the LBJ School of Public Affairs advisory council, He is an honorary trustee of The Brookings Institution, and is vice president of the George Bush Presidential Library Foundation.