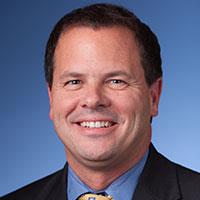 When General Motors found itself embroiled in yet another major crisis in the first half of 2014, new chief executive Mary Barra—already under fire for her performance in front of a congressional hearing—turned to automotive industry veteran Tony Cervone to take over the company’s global communications function. Barra had already committed to greater transparency, and to changing the culture that led to the crisis, but Cervone helped the company seize the initiative and tell a proactive story. Cervone had previously served since 2011 as executive vice president of group communications for Volkswagen Group of America and before that spent two years as senior vice president and CCO for United Airlines in Chicago. Before that, he had spent a decade at GM in several senior communications, leading media relations, issues management and labor and employee communications, executive and financial Communications, and European and North American communications. He also spent 15 years with Chrysler, where he managed pre- and post-merger communications related to the merger of Chrysler and Daimler-Benz.

What do you consider your career highlight?
Current job -- helping manage through a huge crisis, but with the opportunity to be part of a team rebuilding numerous significant brands

What is the best advice you ever received?
Trust your instincts

What is your favorite PR campaign?
Don't know that I can answer this objectively.

What do you enjoy most about working in PR?
Dynamics of profession -- ever changing environment, stakeholder changes, need to build authentic connections with audiences.

What was your biggest career break?
Getting top role at GM Europe Communications in mid 2000s

Who was your mentor and why?
Steve Harris -- he combined true wisdom with a natural ability to encourage one to learn and take risk

Who inspires you?
My father -- worked from nothing to provide a future for his family; did so with a tenderness and love that allowed us to develop emotionally

What are your favorite media, offline and online?
too many to name -- huge appetite for information

What is your favorite gadget?
radar detector -- do I really need to explain?

In one sentence, sell a career in communications to a new graduate.
It's a career that when you're finished will look nothing like it was when you started; involving left brain problem solving and extreme right brain creativity.

What is your favorite city for business travel?
Zurich