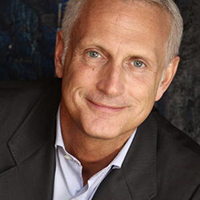 Jacques-Emmanuel Saulnier, head of corporate communications at energy group Total since October of 2011, reports to Total chairman and chief executive officer Christophe de Margerie, Saulnier sits on the company’s management committee and has taken a leadership role in the rollout of the company’s new “committed to better energy” branding campaign. An indication of his industry leadership role, Saulnier was named president of Entreprises et Médias, the French association for communications directors, earlier this year. Prior to Total, Saulnier led communications for Areva. He joined Areva’s predecessor company Cogema Group in 1999 as executive assistant to chairperson Anne Lauvergeon, serving as its lead spokesperson. Earlier, he was director of institutional relations and executive assistant to Lauvergeon at Alcatel, and before that served as chief of staff to the Mayor of Grenoble, chief of Staff to the Minister of Communication, and deputy chief of staff to the Minister of the Economy & Finance.