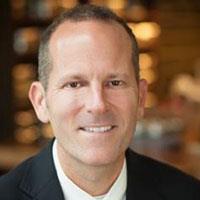 DuBrowa has been responsible for global communications and international public affairs at Starbucks since 2010 — steering one of the most closely watched consumer brands in the world. On the communications side, he’s rolled out some of Starbucks’ most popular — and divisive — campaigns. Just in the last year, DuBrowa oversaw two campaigns that generated tremendous attention: Starbucks’ partnership with Arizona State University to provide subsidized tuition to employees and the #RaceTogether initiative in the aftermath of tensions between police and the black community. While both campaigns can — and have been — analyzed in depth, looking at the bigger picture DuBrowa has clearly shown to grasp the power of putting in motion campaigns that mobilize everyone from customers to employees.

Prior to joining Starbucks, Corey spent a decade as president of the Americas region and business development at Waggener Edstrom, in addition to individual consulting assignments for clients ranging from Microsoft to T-Mobile to Toshiba, and served in a client- side communications capacity for Nike prior to that, leading employee communication efforts and urban marketing strategy for the US region.

What do you consider your career highlight?
Without question my career highlight to date has been the launch of Howard Schultz’s and Rajiv Chandrasekaran’s veterans book “For Love of Country” last fall, along with the Concert for Valor (in partnership with HBO and Chase) we sponsored at the National Mall last Veterans Day.  Standing in the Mall on that beautiful evening and listening to the men and women who wear the cloth of the country sing along with the likes of Bruce Springsteen, Dave Grohl and Rihanna was just extraordinary. 800,000 voices (not to mention the millions of TV viewers), united in purpose. Plus: we helped to raise the kind of awareness around veterans and what citizens can do to help them return to civilian life, in a single day, that typically requires a year’s worth of sustained work.

What is the best advice you ever received?
"The measure of a leader is less directly tied to their individual accomplishments than it is to the success of the people they coach, mentor, teach and shape into future leaders." The late Bill Winter, one of my University of Oregon professors and mentors.

What is your favorite PR campaign?
Always #LikeAGirl is definitely my favorite campaign of recent vintage.

What do you enjoy most about working in PR?
How "present" you need to be in order to be effective. There is no such thing as “taking a play off” in PR.

What was your biggest career break?
Being recruited to work at Nike after having spent the previous seven years as a merchant and in management for two different department store chains.

Who was your mentor and why?
Kirk Stewart (my former boss at Nike) is one of the most courtly, wise, and consistently GENUINE gentlemen in our industry. He also happens to be one helluva former point guard (started at USC).

Who inspires you?
My family. My team. Leaders like Michael Crow at Arizona State University and humanitarians such as Bryan Stevenson.  The music of Grimes, and Thom Yorke. The food of Tom Douglas.

What are your favorite media, offline and online?
I spent many years moonlighting as a music journalist and am still fond of Pitchfork, NME and the Quietus. But I really love the thoughtfulness and point of view of the Mic.com guys too.

What is your favorite gadget?
Anything that can make a good cup of coffee into a GREAT cup of coffee immediately has my attention but the French Press is a good, old-fashioned gadget that still makes the best cup of coffee I've ever tasted.

What is your favorite city for business travel?
London, by a landslide. The food in that town has become world-class and it is THE most diverse city I know of in the world. I’d really like to live there some day.