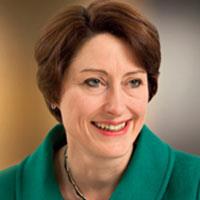 In 2012, Clark became that rarity in the PR world, a communications head who moved into the C-suite to become managing director of SABMiller in Europe.

A poised performer who once drew the attention of the national media when she decided to remain at work well after going into labour, she had previously headed the brewing giant global corporate affairs function for nine years, after amassing significant corporate communications experience at Railtrack and Scottish Power. Clark sits on SABMiller’s executive committee, overseeing all of its public relations, public affairs and corporate responsibility initiatives.

In particular, Clark is regarded highly for her expertise in understanding reputation. In 2006, she embarked on an ambitious project to define the factors that drive SABMiller’s reputation in its key markets, following that up by creating a specific job function focused on the company’s reputation.