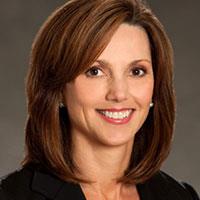 Senior public relations executives may have found a place in the C-suite at many of America’s more sophisticated companies, but their progression beyond corporate communications to broader responsibilities remains a rarity, and is worth celebrating when it does occur—as it did a few years ago for former GE vice president of corporate communications Beth Comstock, who was named the company’s CMO in 2003. She then spent three years as president of NBC Universal digital media and market development before returning to the senior marketing role and taking on additional responsibility as CEO of GE Innovations, a new unit with a mandate to accelerate growth from new businesses and those in transition, intensify commercial impact and increase brand value. Comstock continues to draw on her PR experience while taking on a role with responsibility for organic growth initiatives, including marketing, sales and communications, as well as some digital and environmental issues. She began her career in local television production in Virginia—including a brief time on camera—before making the move into public relations, holding communications and publicity jobs at CBS and Turner Broadcasting before joining GE’s NBC unit in 1993 as vice president of NBC News communications.