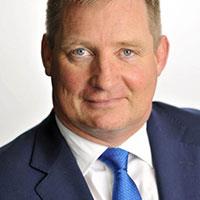 One of the UK’s most experienced corporate PR practitioners, Dominic Fry took charge of communications at the UK’s ‘most trusted retailer’ in 2009, following a two decade career that had seen him head public relations at the Channel Tunnel, J Sainsbury, and ScottishPower. Fry also has considerable agency experience, having spent numerous years at Tulchan, Charles Barker and Traverse-Healy & Regester.

At Marks & Spencer, Fry is entrusted with overseeing reputation efforts that include one of the country’s most ambitious sustainability programmes (Plan A), intense media relations (more than 10,000 phone calls per month), and various issues around such areas as food safety, recruitment, and sourcing.