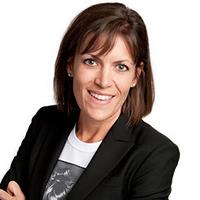 Wendy Clark is the most unconventional person on this list. Since returning from a sabbatical working on Hillary Clinton’s presidential bid in April, Clark has become president for sparkling brands and strategic marketing in North America. While Coca-Cola has a CCO, Clark is noted for driving the company’s innovative storytelling platform — Journey, which is also the company’s homepage.

Clark leads the Sparkling Category Business Unit as well as the Integrated Marketing organization, including Portfolio Strategy and Innovation, Connections, Investments and Assets, Content and Design for the United States and Canada.

Under Clark’s guidance, her team has achieved a great deal, including leadership of The Coca-Cola System’s largest-ever marketing activation for the 2014 FIFA World Cup in more than 175 countries. Her team holds a leading industry voice on evolved consumer engagement under their Liquid & Linked communications strategy, leveraging the power of authentic, real-time, brand stories that spread through owned, earned, shared and paid media connections to create shared value.

Before joining Coca-Cola in 2008 as SVP of integrated marketing, Clark spent four years at AT&T. Before that, she was head of client services at ad firm GSD&M.