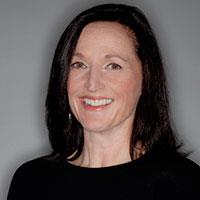 After helping turn Outcast Communications into the top PR advisor for technology start-ups, Wennmachers joined venture capital powerhouse Andreessen Horowitz in 2010 that now oversees a powerful $4.2 billion fund that’s made investments in Pinterest, Jawbone, Box, Groupon, Lyft among many other companies that are poised to be the household names of tomorrow. As a full partner at the influential VC player, she has played a critical role in deploying public relations as a competitive advantage, not only for Andreessen Horowitz, but for the many start-ups that it funds.

She’s recently become known for her Silicon Valley dinner parties in which reporters, investors and entrepreneurs come together — off the record — and forge connections that likely have big payoffs.

She co-founded OutCast in 1997 and the firm went on to become Facebook’s agency and still today maintains a portfolio of the hottest emerging — and established — companies in technology.  In 2005, OutCast was sold to Next 15 for a reported $10m to $13m. There, clients Ben Horowitz and Marc Andreeseen convinced her to join their VC firm.

Wennmachers worked at Blanc & Otus, and is considered one of the most influential women in Silicon Valley.