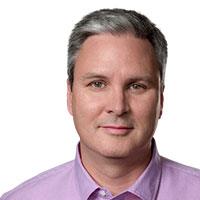 Longtime Apple PR director Steve Dowling was promoted to VP of communications in 2015, stepping into the role that Katie Cotton resigned from last year. The move means Dowling reports into CEO Tim Cook and leads PR, employee communications and corporate events on a global level — and sits on the company’s leadership team.

During Cotton’s tenure, Apple’s communications has been famously quiet with regards to inbound inquiries. Instead, Cotton has known for masterfully crafting the persona around the late founder and CEO Steve Jobs. It’s been reported that CEO Cook had been looking for someone who he believes could put a friendlier, more approachable face on Apple’s PR in Cotton’s replacement. It’s easy days to see if Dowling follows his predecessors’ footsteps or makes a different mark on the function.

Dowling joined Apple in 2003, leading the corporate PR team. Last fall, he was named interim head of communications after Cotton’s departure. Before joining Apple, Dowling was a CNBC producer in Washington DC and setup the news organization's Silicon Valley bureau as its bureau chief.