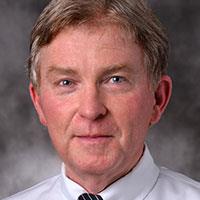 Mr. O'Neill joined American Express in 1991 from Shearson Lehman Brothers Inc., where he had been Senior Vice President, Corporate Affairs and Communications.

Prior to joining the securities industry in 1987, Mr. O'Neill worked for Manufacturers Hanover Trust Company in New York.

Mr. O’Neill is a director and former Chairman of the Public Relations Seminar.  He has also served as Chairman of The Wisemen, an organization of senior public relations executives founded in New York in 1938.  Mr. O’Neill is a former director of Kids in a Drug Free Society and a 2005 David Rockefeller Fellow.

A graduate of the State University of New York at Buffalo, Mr. O'Neill is married and resides in New York City.