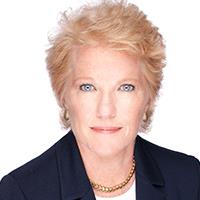 Media and entertainment giant Comcast Corporation—regularly ranked among the most hated companies in America—named D’Arcy Rudnay as chief communications officer in March of 2012, expanding her responsibilities to include leadership of Comcast’s financial reporting, crisis management, federal and regulatory activities, product launches, employee relations, diversity, and social and digital media. She had led investor and media for the company’s merger with NBCUniversal and the subsequent rebranding, and over the past 12 months has focused much of her energy on the (ultimately unsuccessful) attempted merger with Time Warner. Before joining Comcast in 2003, Rudnay served as vice president of corporate communications and media relations at Lincoln Financial Group. She previously served as vice president of communications and corporate identity at Advanta Corporation and as a communications manager for the Pew Charitable Trusts.