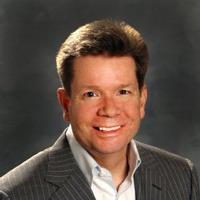 It’s quite a journey from Levi Strauss & Co., where Dave Samson had some early in-house experience after working at Denver-based public relations firm MGA Communications, to Chevron, where he currently serves as general manager of public affairs. Levi, at the time, was known as a leader in corporate responsibility; Chevron, like all oil companies, faces intense scrutiny for its role in a wide range of environmental issues, and for most of Samson’s tenure has been embroiled in controversy over the dumping of toxic waste in the Ecuadorian rain forest.