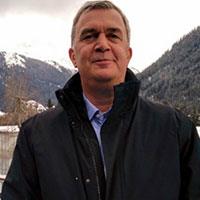 After serving as co-head of group communications  at HSBC, Goad has took on sole charge of the function in 2014, before extending his remit to include human resources earlier this year. The move builds on Goad’s efforts to develop a "modern, integrated comms function" at HSBC, where he has worked for the best part of 15 years, and suggests the kind of integration skills required from senior communicators in today’s reputation environment, where employees are a critically important stakeholder group.

Goad joined HSBC in 2001 in Hong Kong, moving to London in 2003. He held a series of global business communications and strategy roles until 2010, when he left for a one-year stint as head of communications at Zurich Insurance Group, before returning to HSBC in 2011.