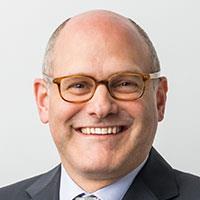 Jon Banner is executive vice president of Communications for PepsiCo, a global food and beverage leader with net revenues of more than $66 billion and a product portfolio that includes 22 brands that generate more than $1 billion each in estimated annual retail sales. PepsiCo’s main businesses - Quaker, Tropicana, Gatorade, Frito-Lay and Pepsi-Cola - make hundreds of enjoyable foods and beverages that are loved throughout the world.

Banner assumed the position in May 2014. He leads PepsiCo’s communications across all business units and global sectors, and reports to PepsiCo Chairman and CEO Indra Nooyi. He previously served as PepsiCo senior vice president for global strategy and planning, where he was pivotal in setting PepsiCo’s global communications strategy, partnering closely with business units and the leadership team to consistently achieve key business objectives.

Banner has more than two decades of journalism experience. Prior to joining PepsiCo, Banner held senior-level executive and editorial positions at ABC News, where he led the rebranding of the news division, worked with the world’s leading anchors, controlled all editorial, creative and financial aspects of the network's flagship broadcast, and managed a global team that included several hundred employees around the world.

In 2012 Banner became executive producer of “This Week with George Stephanopoulos,” and within six months took the program from last place to #1 for the first time since 2009.  From June 2003 until 2011, Banner was executive producer of “ABC World News.” At the time of his appointment, he was the youngest producer in ABC history to run the evening news. From 2010 on, he also oversaw all political and special events coverage for the division, taking the broadcast to #1 in 2007, a position not held in over 20 years.

Banner’s work in journalism earned him 16 Emmy Awards.  During his tenure, World News won the Edward R. Murrow Award for best newscast in 2004 and 2005. The program was also honored with a Murrow Award as well as a George Polk Award (2008) and an Overseas Press Club Award (2009). Banner was a member of the ABC News team recognized with the 2001 Peabody Award for the network’s coverage of the events of September 11th.

A native of Hastings-on-Hudson, N.Y., Banner earned his Bachelor’s degree in Journalism from Boston University. He and his wife have two daughters.

Banner is based in Purchase, N.Y.