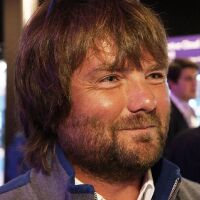 Red Bull is synonymous with pioneering sports, lifestyle and culture content, and that’s partly down to Andreas Gall’s work as chief innovation officer at Red Bull Media House, the brand’s media arm. As well as overseeing media and technological evolution, Gall has led innovation and change management since taking on his new role in 2017, and is known for finding unorthodox methods of solving problems.

After joining Red Bull Media House in 2007, Gall also served as chief technological officer, carving out a reputation for experimentation in such areas as virtual reality and biometric advertising. He has three decades of media industry expertise, including technology leadership positions with Antenne Bayern radio station, 104.6 RTL (Berlin), and the Austrian Broadcaster ORF.