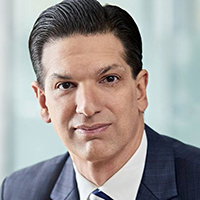 With healthcare reform and the battle over the future of Obamacare still making headlines, Nick Ragone’s job as executive vice president and chief marketing and communications officer for Ascension, the nation’s largest non-profit health system — a role he was promoted to earlier this year — has rarely been dull.

In addition to providing counsel to the CEO on policy and reputation issues, he has led the re-branding of the entire system, transformed the marketing department with a new digital focus, streamlined agency relationships and launched the first ever national advertising campaign around Ascension’s Veteran’s Choice program.

Prior to joining Ascension, Ragone was director of the Washington, DC office of Ketchum, and served as a senior strategist, counselor and media trainer to many of the agency’s clients, including JPMorgan Chase & Co., Express Scripts, H&R Block, Universal Health Services, FedEx, Blue Cross/Blue Shield, Macy’s, and the US Farmers & Ranchers Alliance.