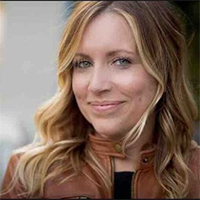 Last year, Activision Blizzard brought Kristen Binns onboard as its communications chief, reporting directly to CEO Bobby Kotick. In this role, Binns oversees global communications and is responsible for creating a comprehensive communications strategy for the company, which produces some of the world’s most iconic games franchises, including Call of Duty, World of Warcraft, and Candy Crush. Binns steps into the role after Amazon veteran Mary Osako parted ways with the gaming giant in 2017.

Binns joined Activision Blizzard from Twitter, where she had been head of corporate communications since September 2016. During her tenure at the social media giant, she spearheaded a multifaceted communications strategy in support of the turnaround effort that ultimately reignited revenue growth and increased user engagement.

Before joining Twitter, Binns was VP of public relations at Anthem, where she guided the company through the implementation of health care reform, among other high profile issues. She began her career in political communications on Capitol Hill and held a number of leadership roles at General Electric and NBC Universal.