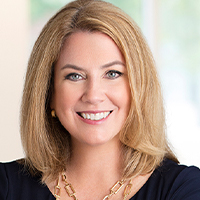 In 2015, Marriott International named outsider Tricia Primrose to its top communications and public affairs post. Later that year, it announced its intention to purchase Starwood Hotels, which would make it the largest hotel company, with more than 5,700 properties.

She joined the company from Rational 360, a communications firm where she had been a partner since 2013, providing counsel and communications support for C-suite executives at large multinational companies. Before this, she ran her own PR firm — Impression Partners — which she later merged with Rational 360. Prior to this, she had been an EVP of global communications and public affairs at AOL (where she handled $2.5 billion in mergers and acquisitions) and an executive vice president at Robinson Lerer & Montgomery.