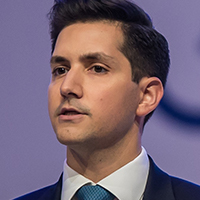 As head of group communications for the Abu Dhabi National Oil Company, Omar Zaafrani has a particularly complex brief. Since joining the state-owned company in 2016 he has built the company’s first communications team, playing an integral role in the company’s transformation efforts, responsible for engaging with and securing buy-in from a diverse range of stakeholders—efforts that earned the company two Diamond SABRE Awards in our EMEA region competition earlier this year.

In his role, Zaafrani was instrumental in unifying the company and its 14 subsidiaries under a single brand and driving its culture transformation program. He also led the communications around the successful public offering of ADNOC's fuel retail business.