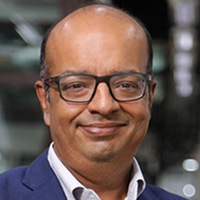 Few eyebrows were raised when Pradipta Bagchi was named chief communications officer for Tata Sons, the holding group behind the $100bn Tata empire, in 2017. After all, Bagchi had previously proved himself as global head of corporate communications for subsidiary company TCS for more than a decade. So when TCS chief executive N. Chandrasekaran was elevated to chairman of Tata Sons after the dramatic removal of Cyrus Mistry, it made plenty of sense for Bagchi to follow in his footsteps.

Unsurprisingly, with Bagchi in the background, Chandra’ has won plenty of plaudits for his calm leadership in turning around Tata’s reputation. And Bagchi has made some sweeping changes of his own, bringing in Adfactors after ending the company’s five-year relationship with Edelman.

What do you love about this industry?
It’s the hub of all action, if one can design the comms function effectively.

What most frustrates you about this industry?
The inability to be taken as seriously as the finance function.

How do you relax or change pace when you're not at work?
Live English Premier league football.

Can you share a book/movie/TV show/podcast that teaches a valuable lesson about PR?
All the President's Men and Spotlight.

If I wasn't working in marketing/communications, I would be...
A lawyer.