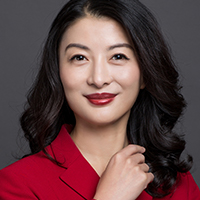 Telecommunications giant Huawei is one of a handful of Chinese consumer brands to have expanded beyond its vast domestic market to build a reputation on the global stage, but recent years have seen the company caught firmly in the crosshairs of global geopolitical tensions, amid considerable US opposition to its rapid expansion.

For Joy Tan, though, these challenges are likely to constitute nothing more than business as usual. Previously based in China as the company’s president of global media and communications, Tan relocated to the US last year to take on a critical position overseeing media and government affairs in Washington DC. As such, Tan’s experience encompasses Huawei’s shift from low-profile telecoms manufacturer into a genuinely global force. She has worked to explain and promote the company’s unique leadership structure—three rotating CEOs—and distinctive, collaborative culture, all while navigating a media landscape that is rarely less than skeptical.

Tan joined Huawei in 2007 and was senior director of marketing communications and vice president of corporate branding and communications before assuming her current role. Prior to joining the company, she was director of operations at telecom company China Voice Holding Company and marketing manager at TXU Energy and Verizon.