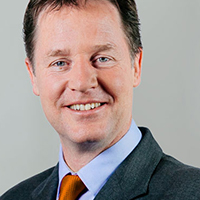 Facebook was enduring its worst crisis to date in the fall of 2018. The company had launched an external effort to portray itself as transparent and sensitive to criticisms regarding its role in promoting fake news, and an internal initiative, “We Get It,” to reassure employees. Then it was found to have hired a Washington, DC, firm to conduct a smear campaign that employed anti-Semitic tropes to discredit its critics. It was against this backdrop that the company named Nick Clegg as its new vice president of global affairs and communications.

Clegg was an interesting choice to succeed Elliot Schrage, who fell on his sword in the wake of the latest scandal. A former deputy Prime Minister of the UK (when the Liberal Democratic Party he led former a coalition government with David Cameron’s Conservatives) he had some heavyweight political credentials, while his former stint as a member of the European Parliament and European commission trade negotiator gave him insight into the inner workings of Brussels, which is far more proactive in regulating the social media platforms than the US.

As COO Sheryl Sandberg explained: “Our company is on a critical journey. The challenges we face are serious and clear and now more than ever we need new perspectives to help us though this time of change.”