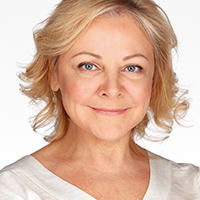 In addition to serving as global head of communications and marketing for Russian investment firm VTB Capital, Olga Podoinitsyna is a member of the company’s board: a level of seniority achieved by relatively few public relations professionals even in more developed markets.

Since 2008 she has overseen the company’s transition from the new market player to an established name in the global investment banking industry. Before joining VTB Capital, for eight years Podoinitsyna led the communications and marketing function at Deutsche Bank for Russia and CIS, where she also acted as member of the executive committee.

Previously, Podoinitsyna held senior positions at PriceWaterhouse, Burson Marsteller and the Centre for Capital Market Development, a World Bank project. She was also co-chair of the Marketing Committee of the American Chamber of Commerce in Russia, and since 2010 has been on the board of the Russo-British Chamber of Commerce.