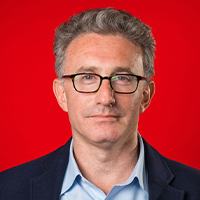 Nick Fox became chief communications officer at Virgin in 2016. He arrived at the firm when it had a PR team of six; it now has a core global team of nine, and each of the 60 Virgin companies has its own press office team. Since Fox took on the PR role, the focus has shifted from traditional PR to content and building and protecting not only the Virgin brand, but Sir Richard Branson’s personal brand on social media.

Fox first joined the company in October 2007 when he was appointed head of financial communications at the Virgin Group; his role was expanded in 2011 to include the group's political and public relations. He became a partner in April 2014 and is a member of the team that manages the Branson Family interests and investments and protects and grows the Branson brand, as well as the Virgin brand.

Part of his role is to maximize Branson’s time in promoting the business, its brands – including new launches such as hotels and cruises – and the causes close to the founder’s heart, while balancing authenticity and the brand’s trademark playfulness and warmth.

A former financial journalist at the Sunday Telegraph and Sunday Times, Fox was hired by Granada Group as a fast track management trainee in 1997. He also spent time in business development roles for the Chrysalis Group and online media group 365 Group plc. He joined M: Communications in 2002 as its 6th employee and helped build the business into one of London's leading financial PR consultancies.