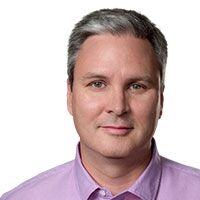 He succeeded Katie Cotton, who stepped down from her post as Apple’s communications chief in 2014 after two decades with the company. At the time, there was speculation whether her successor would usher in a more friendly, approachable era for the company’s public relations. Dowling, who had been with the technology giant since 2003 and led Apple’s corporate public relations team for 10 years, has led the iconic brand through a relatively stable period, even if President Trump famously called his boss "Tim Apple" in a meeting this spring.