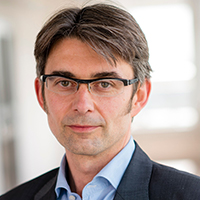 In May this year, Ed Walsh was elevated to the role of chief marketing and e-commerce officer at Philips International, stepping into shoes vacated by Tomasz Lisewski, who has left to set up a new venture after ten years at Philips. Walsh is also still serving as global head of integrated communications and events – his previous role – while a replacement is sought.

Walsh was appointed to lead the communications and events function in August 2014, replacing long-time CCO Andre Manning as the company sought to update its positioning and focus on solutions rather than products. His first priority was the establishment of a fully-integrated global communications function, after the separation of the company’s original lighting business and its refocus on the health technology market.

The move to Philips marked a return to the client side of the business for Walsh, who earlier in his career spent more than a decade in corporate communications with IBM. Walsh had previously spent eight years with global public affairs firm APCO Worldwide, latterly as managing director of the firm’s European region and as lead for some of the agency’s biggest multi-office client accounts. Over the course of his corporate and public affairs career he has counselled on internal and external communications issues across the consumer goods, energy, information technology and healthcare sectors.