Please refer to our Privacy Policy for important information on the use of cookies. By continuing to use this website, you agree to this.
Home Rankings & Data Influence 100 The Influence 100 2018 Insights: Future Challenges, Diversity & Inspiration

We asked our Influence 100 how their CEO evaluates PR and communications, and reputation benchmarking came out even more far ahead of the other options: over 80% compared with 63% last year. While sales and lead generation garnered zero responses in 2017, this year it was cited as one of the ways the C-suite measures the success of comms by a solid 17% of respondents. Tactical measurement of PR, including impressions, reach and social engagement, was also, unsurprisingly, used by 52% of our influencers’ CEOs. Of the 14% who said they used other means, the responses varied widely from “overall improvement in brand rankings and specific return on agreed campaign objectives” to the rather less robust “gut feel” and “anecdotal evaluation”.

For what reasons does your team use data and analytics?

Looking at the ways in which our respondents and their teams use data and analytics, many more this year said they use data to allocate resource and spend: 43%, compared with 30% in 2017. Data and analytics are used by 55% of the Influence 100 for research purposes, and 50% to then tweak campaigns in real time. The strongest responses, however, were for data and analytics being used to generate insights that inform campaign planning (81%), and that measure the business impact of comms strategy and activity (also 81%).

CCO and CMOs: the future

When we asked our respondents about their predictions for the future of the CCO and CMO roles within businesses, the responses were thoughtful, and largely aligned. Many were convinced that there will be more integration and either a blurring of the two roles or that the CCO role would become more powerful:

“Further integration of the roles as this is the reality of our world.”

“Continued merging of responsibilities, which will present some friction.”

“The gravitational pull drawing them together will only increase. One ecosystem.”

“Increasingly intertwined, and more opportunities to have a seat on the board.”

“As communications, and earned media, gain more respect for the value they bring to brand building, CCOs will carve out a more significant and influential role within the two disciplines, and we will see more CCOs take overall ownership of integrated functions as CMCO.”

“They will increasingly work together in a tighter, more integrated fashion. There is no choice but to do so; our constituencies overlap to such an extent that it is imperative.”

“CCOs will increasingly have a seat on executive committees/boards in view of the importance of their advisory role on matters of reputation and company and CEO positioning in an increasingly fractured world. However, CMOs and CCOs will need to increasingly collaborate as the divide between earned, owned and paid channels continue to blur.”

This year, we asked the Influence 100 for the first time to sum up their greatest challenges, opportunities and threats over the past year, and what they anticipated they would be in the year ahead. These ranged from broad-brush themes of geopolitics and political instability, to company-specific issues such as a public listing. Among the most oft-cited challenges were finding talent (and maintaining employee morale), measurement, and shrinking budgets. There were also concerns about handling high-profile reputational issues such as sexual harassment cases.

The challenges of successfully navigating social media, from fake news and negativity to crises that start and spread online, was mentioned frequently, as was the pace of change in today’s business, although the rapid growth of the middle class in Asia is seen as a great opportunity.

Using data well is a preoccupying topic as both a challenge and an opportunity. As one respondent said: “Opportunity: Using data better for insights/activity planning, alerts and monitoring, as well as campaign reporting. More and better tools available than before. Challenge: Cost of meaningful data mining and getting actionable insights.”

The impact of artificial intelligence

For the first time this year, we asked our Influence 100 how they think artificial intelligence and machine learning will impact on the marketing and communications industry in the short, medium and long term. Almost everyone who responded to the survey had a view, but there was little consensus – answers ranged from “AI will affect everything we do” to “there will be little impact in the short- to medium-term”, showing how uncertain the implications and impact of this particular development still are:

“Big impact in the medium and long term as AI is employed to help advance stakeholder engagement, both internal and external.”

“They will make the industry think and change the way data is garnered and analysed. In the long term they will become a robust partner for insights generation, measurement, predictions and will help communicators take better decisions.”

“Targeted advertising on social media platforms will take budget away from some PR functions.”

“These technologies are transforming communications, marketing and stakeholder engagement across every industry.”

“Longer-term it could have a tremendously beneficial effect in terms of data analysis, evaluation and targeted, personalised campaigns.”

“Main impact in the medium term, particularly if AI can generate intelligent content.”

“Medium term it will help to optimize allocation of resources, long term it will create moral challenges as machines will start to have opinions.”

“Major medium to long term impact as algorithms will increasingly be used to segment and target audiences in real time. Already having an impact on news coverage, as bots now generate 5% of Bloomberg's coverage output.”

“Hopefully they will help creating more impactful and targeted marketing in more effective industry. AI will probably demand completely new capabilities and create new professions in the industry in the long term. There will be competition over qualified professionals.”

Diversity in all its facets continues to be big theme for the communications and marketing sector, and so this year we broadened our questioning around this subject, both in terms of what CCOs require of their PR agencies, and how committed they think the industry is to diversity. The number of CCOs who agree their PR agencies must have an ethnically diverse team was down overall to 68%, but the number who agreed strongly was up from 12% to 25%. A further 28% were neutral, up from 19% last year, leaving only a handful or respondents who disagreed with this statement.

However, there is much less conviction when it comes to whether our respondents think the communications industry is committed to recruiting, retaining and promoting people of color: 29% agreed and a further 8% strongly agreed, but 50% were neutral, 11% disagreed and 3% strongly disagreed.

When it comes to gender, 79% of CCOs agree their PR agencies must have a gender-balanced account team, including 30% who agreed strongly. No respondents disagreed with this statement. Just under 53% of our influencers agree the industry is committed to recruiting, retaining and promoting women; a further 29% strongly agree and 16% are neutral, while 3% disagree with this statement.

There’s a less confident response to the questions of whether the industry is committed to recruiting, retaining and promoting LGBTQ people: 45% agreed or strongly agreed it was, but the same number were neutral and 11% disagreed with this statement.

There was the broadest spread of opinion about whether the industry is committed to recruiting, retaining and promoting people from diverse socio-economic backgrounds: just 37% agree or strongly agree that it is, and 26% disagree or strongly disagree. 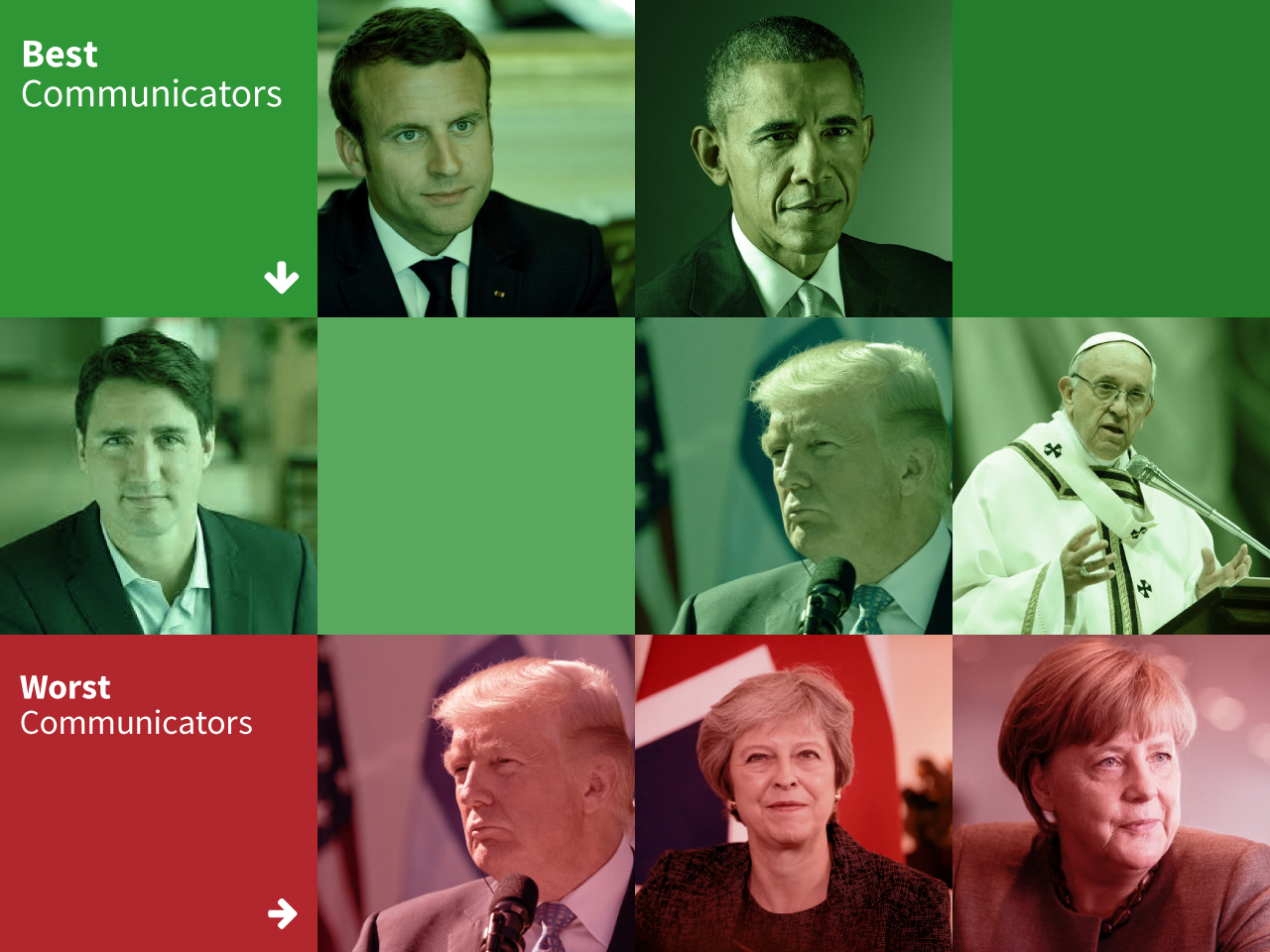 Former US president Barack Obama (“elegant and persuasive”) was back on the nominees for the best communicator among world leaders this year, along with Canadian prime minister Justin Trudeau (“winning hearts and minds”) and French president Emmanuel Macron. Pope Francis was again on the list: the only spiritual leader mentioned this year. Interestingly, German chancellor Angela Merkel was mooted as one of the worst communicators this year, having been on the list of the best among world leaders last year. British prime minister Theresa May, grappling with Brexit, was mentioned several times on the worst list.

And Donald Trump gained repeated mentions as both the best and worst communicator, the only person to make both lists, with one respondent qualifiying his nomination on the best list with “best in the sense of most impactful (but ethically questionable)”. Vladimir Putin and North Korean leader Kim Jong-un, who both made the worst communicators list last year, weren’t mentioned at all this year, despite regularly making the headlines.

Most influential marketing and communications professionals 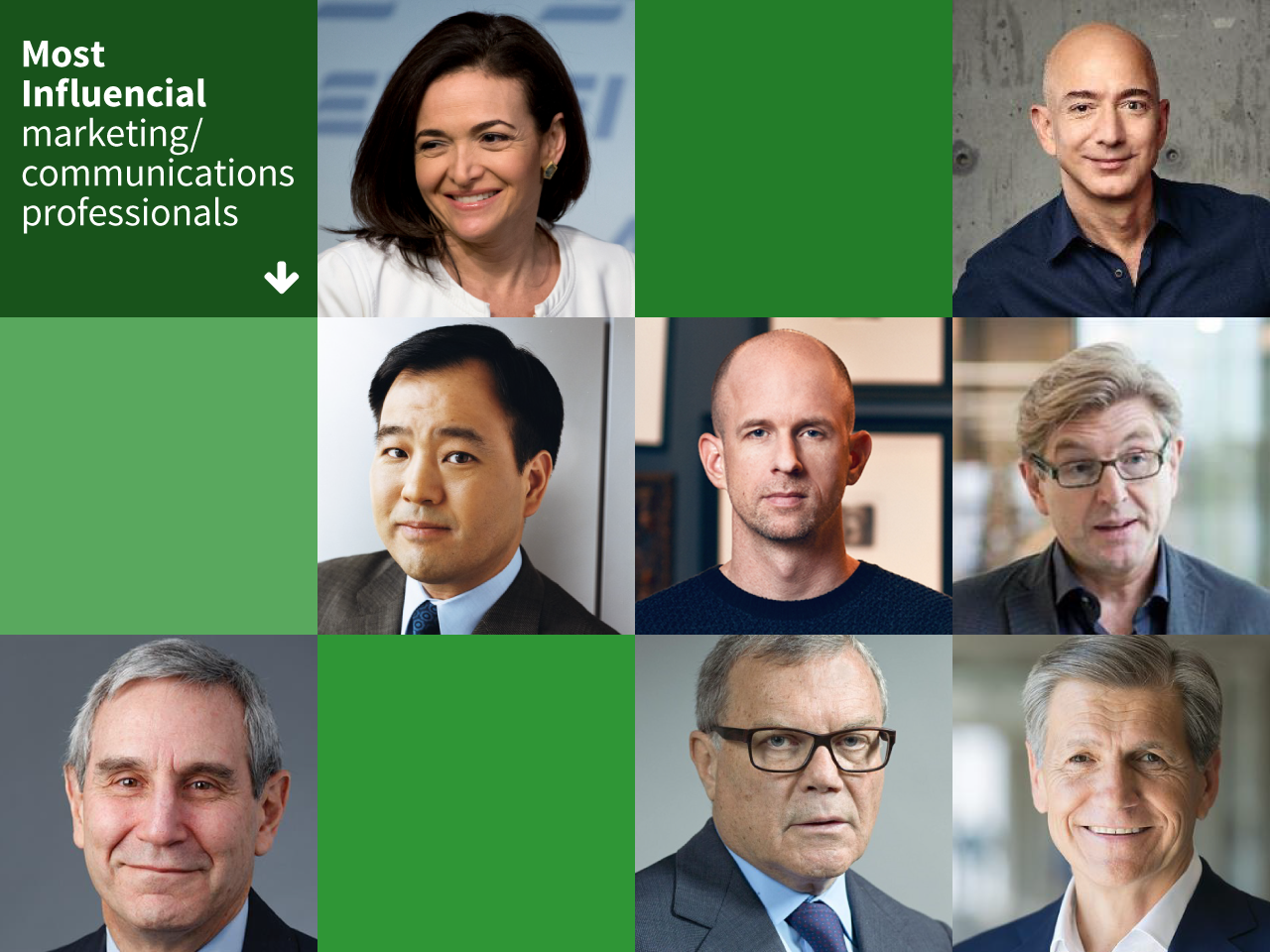 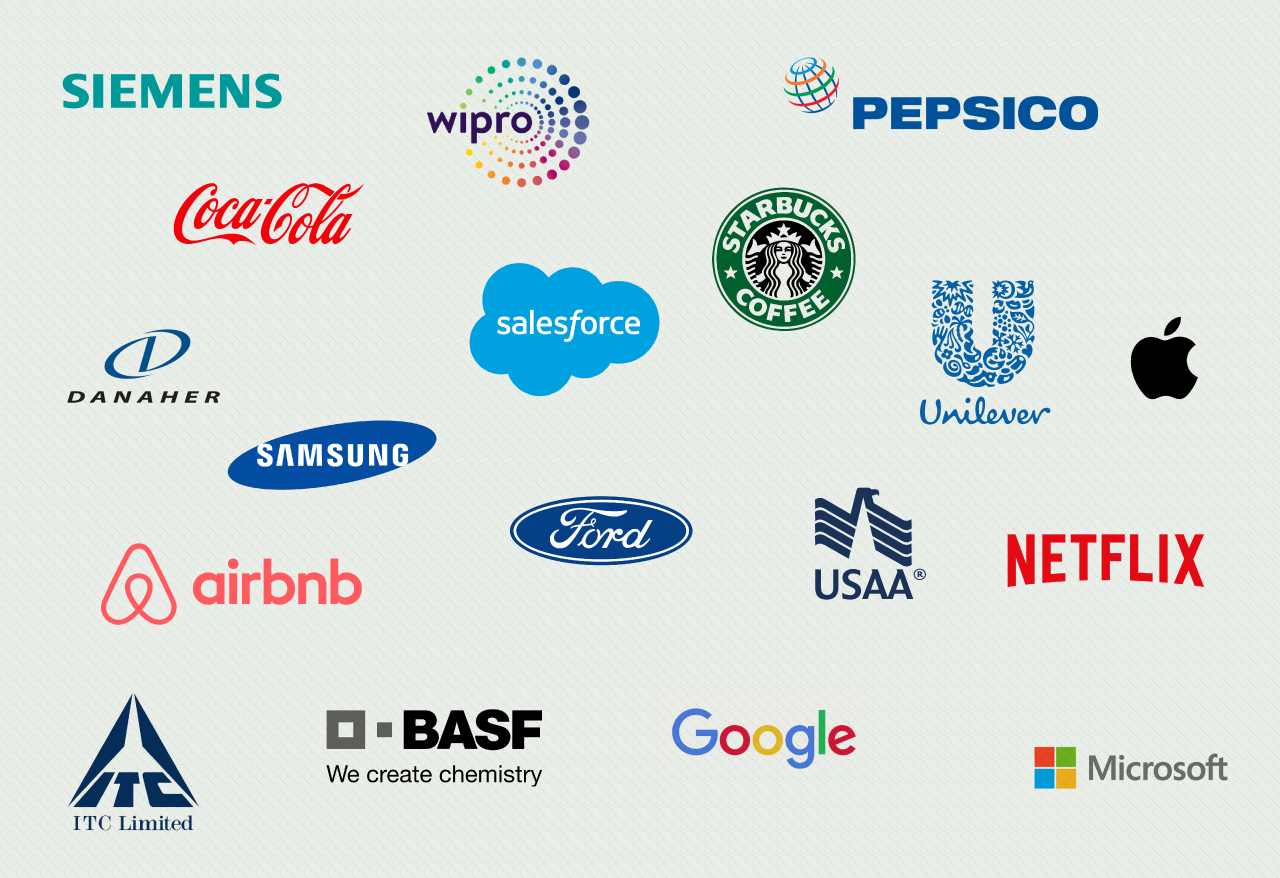 Asked to identify companies that managed brand communications and corporate reputation most effectively, the list of nominees showed great continuity from past years, reinforcing the lasting effects of a well-managed reputation. Among the returning names were Unilever, Starbucks, Apple, Tata Group, Netflix, Microsoft and Google. New this year were Ford, Siemens, Samsung, PepsiCo (perhaps surprisingly given the furore over the Kendall Jenner ad earlier this year), Airbnb, USAA, BASF, Danaher, ITC, Wipro, Salesforce and Coca-Cola. 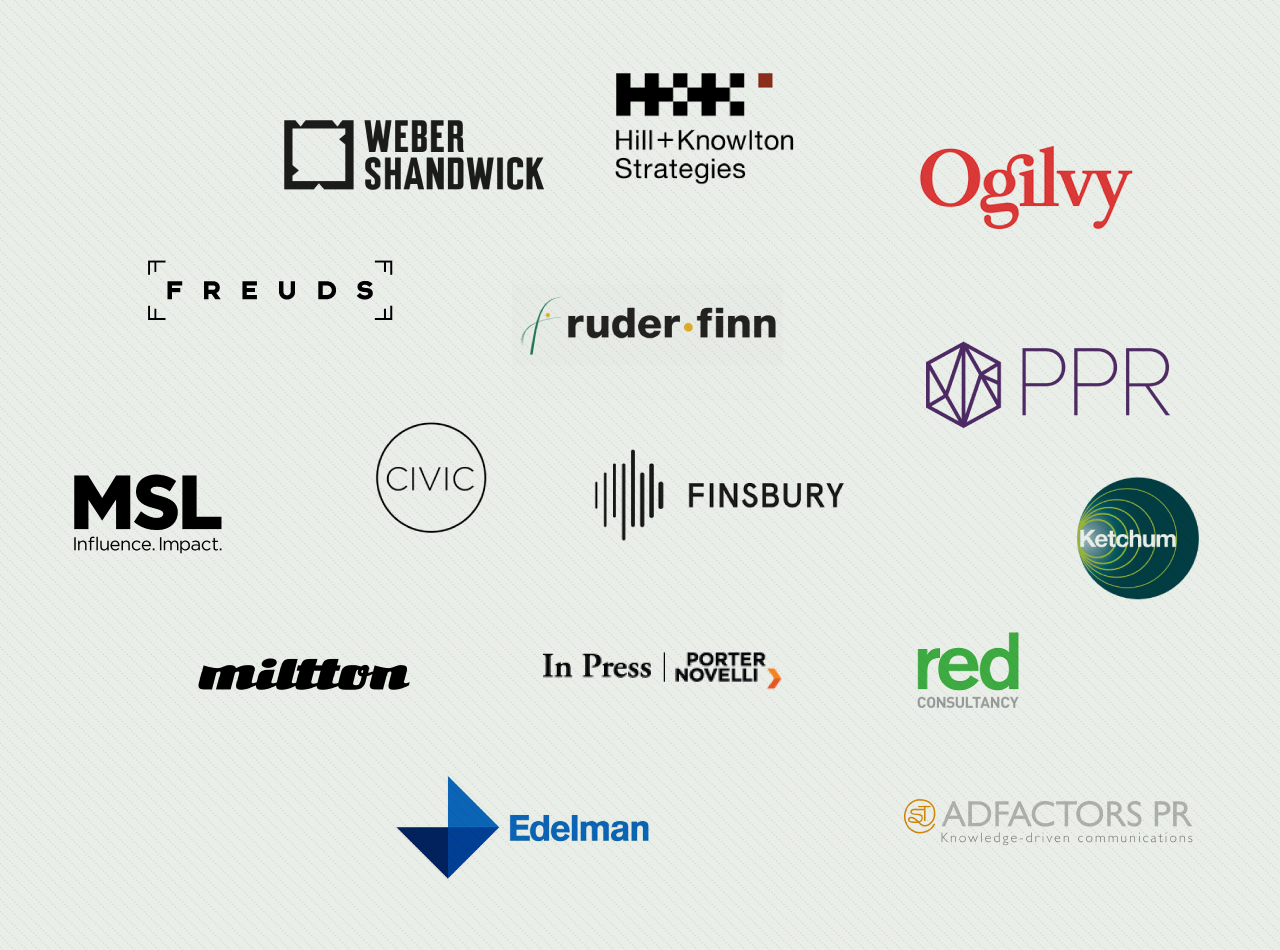 For the sixth year in a row, Edelman is the most frequently cited public relations agency when respondents were asked which firm they most admired. Other consultancies with repeat mentions include Weber Shandwick and Brunswick, with Ruder Finn mentioned more than once for its work in China. 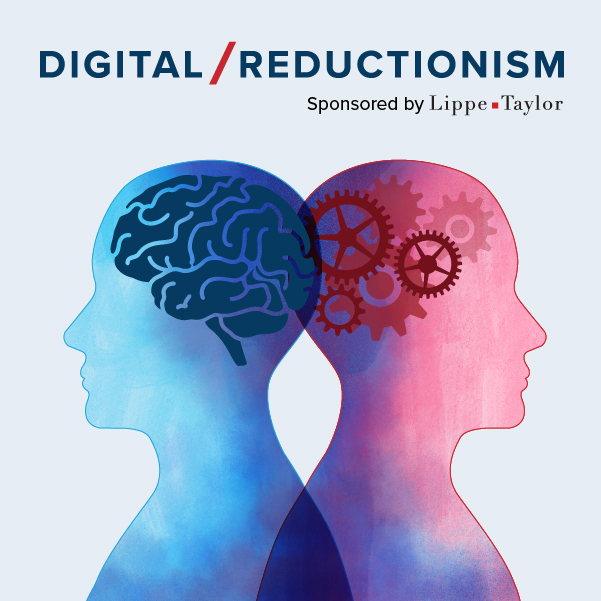