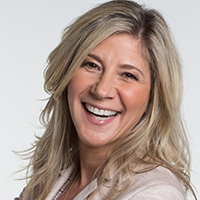 Since taking on Alibaba’s top international communications role last year, Jennifer Kuperman has overseen a visible shift in the Chinese e-commerce giant’s global reputation, thanks to a concerted effort to ensure foreign countries better understand the company’s remarkable offering and growth story. Kuperman has worked tirelessly to build a corporate affairs team that befits Alibaba’s rise into one of the world’s biggest brands, amid a challenging media environment that sometimes appears hostile.

Those efforts are highlighted by this year’s Winter Olympics in Pyeongchang, Alibaba’s first effort to bring its considerable e-commerce and cloud expertise to bear on the future of the Olympic movement. The event also saw Alibaba’s first global advertising campaign, focused squarely on helping small businesses grow, in line with its broader reputation objectives for the Western World.

Kuperman was  previously SVP and head of corporate marketing and reputation at Visa, and also served as the chief of staff to Visa’s CEO. She began her career as a management consultant with Accenture.