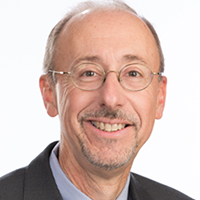 David Palombi joined CVS in 2014 to help lead the Fortune 10 company through its national renaming to CVS Health — a reflection of the CEO’s bold decision to remove tobacco products from all of its 7,800 stores.

Palombi was previously SVP of corporate communications at WellPoint, where he worked during the US debate over health care reform. He has also held executive-level communications positions at Freddie Mac, Barnett Banks and Riggs National Corporation. He began his career as a political and business reporter for regional daily newspapers.