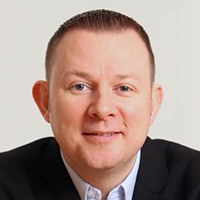 Affable, open and incisive, Doherty joined Barclays in mid-2012 as the bank struggled to get to grips with a succession of reputation crises, coinciding with the departures of the chairman and the CEO in the midst of the interest rate manipulation scandal.

But joining an organisation at rock bottom (in reputational terms) has had its advantages. Doherty, who was previously comms chief at Diageo, has helped guide Barclays towards a more enlightened view of corporate reputation, advocating for behaviour rather than just words and building a strong communications function at the bank.

In March this year, he was promoted from head of corporate comms to the newly-created role of group head of corporate relations, with additional responsibility for government relations, as well as its citizenship function, the brand, insight and sponsorship team (including Barclays’s high-profile sponsorship of the Premier League), and the events, roadshows and hospitality division. He reports to group HR director Tristram Roberts.

Prior to joining Barclays, Doherty worked agency-side at Cohn & Wolfe for four years, as well as at Weber Shandwick and Edelman, after an early career in politics.