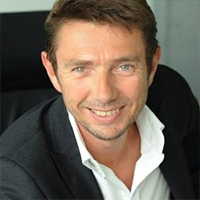 Laurent Glépin joined the Carrefour group as executive director, communications for the French multinational retailer – one of the largest supermarket chains in the world – in late 2017. He started out in political comms with the French political party ‘Rassemblement pour la République”, serving as press attaché from 1990, and subsequently as press secretary from 1993. In 1995, Glépin became press advisor to the French Presidency.