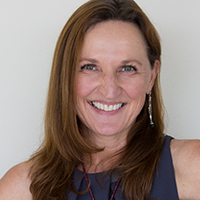 Margit Wennmachers co-founded technology PR pioneer OutCast in 1997 and the firm went on to become Facebook’s agency (Wired says she “built Silicon Valley as you know it”) before selling to Next 15 in 2005. It today maintains a portfolio of the hottest emerging—and established—companies in technology.

Wennmachers cultivated some of the tech sector’s brightest stars during her 13 years running the firm that is still among the most sought-after in Silicon Valley. And Wennmachers' influence within tech circles seems to have only grown since she stepped away from OutCast in 2010 and joined venture capital powerhouse Andreessen Horowitz — also known as a16z — as a partner. (OutCast clients Ben Horowitz and Marc Andreeseen convinced Wennmachers to join their VC firm.)

“At [a16z] Margit has taken the same approach she applied at OutCast of having the very best talent work with the very best clients,” Next 15 CEO Tim Dyson added. “She's obsessive about the quality of advice and execution...Her approach at [a16z] has caused just about every other VC firm to rethink its marketing. If imitation is the highest form of flattery she should be very flattered.”