Please refer to our Privacy Policy for important information on the use of cookies. By continuing to use this website, you agree to this.
Home Rankings & Data Influence 100 The Influence 100 2018 Profiles Martin von Arronet 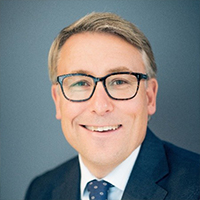 Arronet had joined Electrolux at the end of 2010 as vice president of media relations and issues management. He had previously been a managing director at Shell Exploration & Production in Sweden, communications manager at Svenska Shell, and group media spokesman for Royal Dutch Shell. Earlier in his career, Arronet worked in marketing and communications roles at Cybernetics International, Telia Telecom, and Moderata Ungdomsförbundet, the Swedish Young Conservatives organisation.