Please refer to our Privacy Policy for important information on the use of cookies. By continuing to use this website, you agree to this.
Home Rankings & Data Influence 100 The Influence 100 2018 Profiles Nasser Al Nafisee 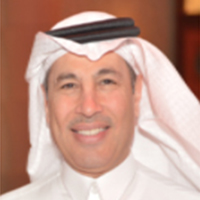 Nasser Al Nafisee serves as VP of corporate affairs for Saudi Aramco, the oil giant that is often viewed as the world’s largest private company. And Al Nafisee’s role is set to become increasingly pivotal, given the Saudi national oil giant’s plans to list around 5% of the company next year, in an IPO that could raise as much as $100 billion. These plans are likely to bring Aramco numerous communications challenges, but are seen as a critical part of deputy crown prince Mohammed bin Salman’s efforts to revamp Saudi Arabia's economy and reduce its dependency on oil.