Crossover Stars is the Holmes Report’s annual ‘Hall of Fame’ for those communicators whose career trajectory has extended beyond communications, marketing and sales into a broader core business function within their organizations. Our eight Crossover Stars for 2019 have titles including chief strategy officer, managing director, CEO, regional head, president and vice-chair. 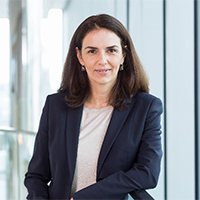 Isabel De Paoli was named head of group communications for Merck in 2015, and named to the newly-created role of chief strategy officer a year later, taking responsibility for the integration of strategies, innovation and digitalisation across the German chemical, pharmaceutical and life sciences company. 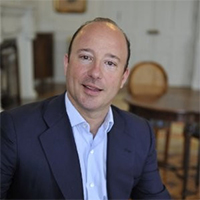 Vice Chairman of the Board of Directors
Banco Santander

In December 2016, Juan Manuel Cendoya, the long-serving head of corporate communications for Banco Santander, was named vice chairman of the board of directors for Santander Spain, an unusual promotion for a public relations executive. He had been with the company since 2001.

“Our clients know us to be a trustworthy, strong and solid brand, and this is a reputation we aim to keep,” according to Cendoya. He was previously SVP of communications, corporate marketing and research marketing for one of the few financial services companies that can look back at the global crisis of recent years with any satisfaction, having diversified into emerging economies such as Brazil and via acquisition into established markets such as the US and the UK.

The bank operated under more than 20 separate names in 2004, but the emphasis since then on building the Santander brand has paid off. Cendoya played a major role in that evolution, leading the group’s internal and external communications, corporate marketing, corporate social responsibility, institutional relations, economic research and public policy and serving as a member of the bank’s global executive committee. 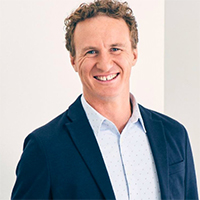 SVP and Head of JAPAC and India
Audible

Matthew Gain is in the unusual position of segueing straight from PR agency to corporate management, without an in-house comms role in the middle. At the start of 2016 he moved from Edelman Australia to Amazon’s audiobook company Audible. As country manager and head of Australia and New Zealand he helped to develop Audible’s offering across ANZ, before being promoted in mid-2017 to SVP and head of Audible JAPAC and India.

In his current role, Gain is responsible for developing Audible’s business across APAC and in particular Japan, India, Australia and New Zealand. This includes setting and implementing branding and growth plans, developing and leading the firm’s leadership in the region, and working on new spoken word media products, working with the global acquisition, product, technology, merchandising and content teams.

Before joining Audible, Gain spent nearly six years at Edelman, first as general manager of its Sydney office, and then COO for Australia. 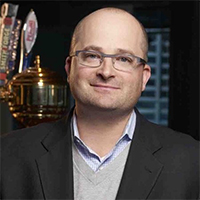 Having conquered the agency business — building one of the most creative midsize firms in the US before selling it to an ad agency — Marino has spent the past few years making the client side of the business look easy. Two years ago, he added business oversight to his hugely accomplished career, taking on operational leadership for MillerCoors’ craft and import division, Tenth and Blake.

Marino succeeded the retiring Scott Whitley as president of Tenth and Blake, and is charged with growing the company’s regional craft portfolio, which includes Hop Valley, Revolver, Saint Archer and Terrapin, as well as its prestige import beers, Peroni, Pilsner Urquell and Grolsch. He also oversees the company’s craft beer hospitality, which includes the Blue Moon RiNo Brewery in Denver, the Leinie Lodge in Chippewa Falls, Wisc., and tasting rooms from regional craft brewers.

He continues to oversee communications – a position he has held since 2014 – and is responsible for promoting MillerCoors business strategy and commercial interests with internal and external audiences. Recent challenges have included MillerCoors taking legal action against rival brewer Anheuser-Busch InBev over a Bud Light ad shown during the Super Bowl, which Marino’s firm says made “false and misleading” claims about the Coors Light and Miller Lite brands. 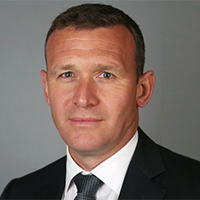 Entrusted with building and protecting Abu Dhabi’s reputation, Pearce has a big budget and an even bigger remit. He is considered one of the UAE’s most influential officials and is particularly close to the Executive Affairs Authority Of Abu Dhabi’s chairman Khaldoon Khalifa Al Mubarak, for whom he helped “smooth the communication of the Manchester City Football Club takeover,” according to the Wall Street Journal. He was also one of only 16 people on the Higher Committee of the Special Olympics World Games, held in Abu Dhabi this spring.

The EAA provides analysis and advice to the chairman of Abu Dhabi’s executive council across key government areas such as economic and energy affairs, legal and risk management, security and information management, and strategic communications.

Since taking on the position in 2006, Pearce has overseen a significant revamp of the Gulf Kingdom’s communications strategy, and also plays an important role in key assets such as the Abu Dhabi Grand Prix and media initiative 2454. Pearce came to the Middle East role after a varied life in the agency world, including a lengthy stint at Burson-Marsteller, encompassing positions on four continents and – in his last job at the firm – as CEO of Australia. 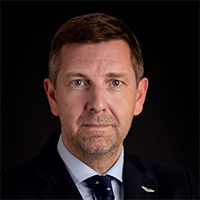 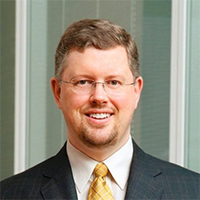 As well as managing the public affairs function – responsible for external communications, media relations, investment transaction communications, issues management, branding and corporate identity – as MD Forshaw manages issues and investments, including stakeholder relationships with government and regulatory bodies and supportingTemasek portfolio companies on issues related to their investments in Australia and New Zealand.

A high-profile advocate of the importance of communications to an organisation meeting its goals, Forshaw’s work has often featured an adept ability with social media, evidence of a mindset that is constantly questioning the development of public relations in today’s evolving media landscape. Forshaw has also spoken at length about the need to question one’s organization, rather than becoming “housetrained.” 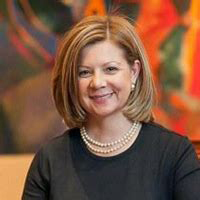 As SVP of public affairs at South Africa’s Sasol Gas until 2018, Stander was a rare example of an operational leader who had made the transition into a senior communications role. Now, she’s made the even rarer move of returning to corporate leadership: she joined aviation and travel company Comair in September last year as executive in charge of its airlines division (Kulula.com and British Airways, which Comair operates regionally as part of a license agreement), before being made joint CEO of the airlines business. She takes up the role this month – with Glenn Orsmond as joint CEO of the non-airline business and financial services – after the departure of former CEO Erik Venter.

Before moving into the comms role at Sasol, Stander served as its managing director for almost four years, leading a complex three-year process to transition 314 natural gas customers from one pricing model to another. Before joining Sasol, Stander served in various capacities within the public sector, including as deputy CEO of the South African Civil Aviation Authority, and MD of the Air Traffic and Navigation Services Company. She started her career in the NGO sector where, among other roles, she was involved in positioning the Minerals and Energy Policy Centre to be less dependent on donor funding.