Please refer to our Privacy Policy for important information on the use of cookies. By continuing to use this website, you agree to this.
Home Rankings & Data Influence 100 The Influence 100 2019 Profiles Frank X. Shaw 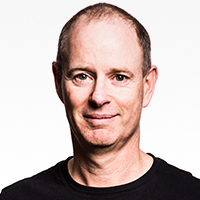 Shaw has been the company’s communications lead through industry-altering acquisitions, ambitious and disastrous product launches, stunning leadership changes (and the tumult that followed). Most recently he’s been making the case that its Teams app is bigger than Slack and growing faster, while also taking on the company’s controversies like its work with the US Border Patrol.

Amid considerable transformation, Shaw’s institutional PR insight remains unparalleled and has yielded considerable benefit to the company —and stands as a notable example of reputational stewardship for the industry-at-large.
Can you share a moment in your career when you saw PR's direct impact on business performance?
At E3 this year we were able to see a direct link between our fan and influencer event and sign-ups for Game Pass.

What do you love about this industry?
The fascinating challenges we have.

What most frustrates you about this industry?
Too much navel-gazing.

What are the communications industry's biggest challenges and opportunities?
They are both the same -- how do we respond to the trust deficit in the media?

How do you relax or change pace when you're not at work?
Bake bread or go running.

Can you share a book/movie/TV show/podcast that teaches a valuable lesson about PR?
The scene in "Chicago" where the lawyer demonstrates the value of consistent messaging.

If I wasn't working in marketing/communications, I would be...
Retired from the US Marines.