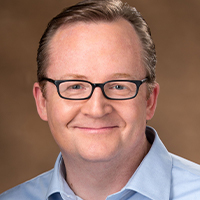 When McDonald’s selected former Obama aide and White House press secretary Robert Gibbs to lead the corporate relations function in 2015, it seemed to have at least one eye on the political and social issues that surround everything from its nutritional value to its employee practices. And while Obama has been replaced by a new president with a very different worldview and different contacts, Gibbs continues to demonstrate the importance of having a savvy political veteran and smart senior strategist at the helm of a mission critical function.

Before joining McDonald’s, he co-founded The Incite Agency, a communications firm to help companies further their business goals and enhance their reputation. Gibbs had been a close advisor to the president since then-Senator Obama was a first-term legislator from Illinois, and held several senior advisory roles in the White House, serving as President Barack Obama’s press secretary during his first term, then as senior campaign advisor during his re-election campaign.