Please refer to our Privacy Policy for important information on the use of cookies. By continuing to use this website, you agree to this.
Home Rankings & Data Influence 100 The Influence 100 2017 The Research: Organizations/Budgets & Agencies

Whom do you report to? 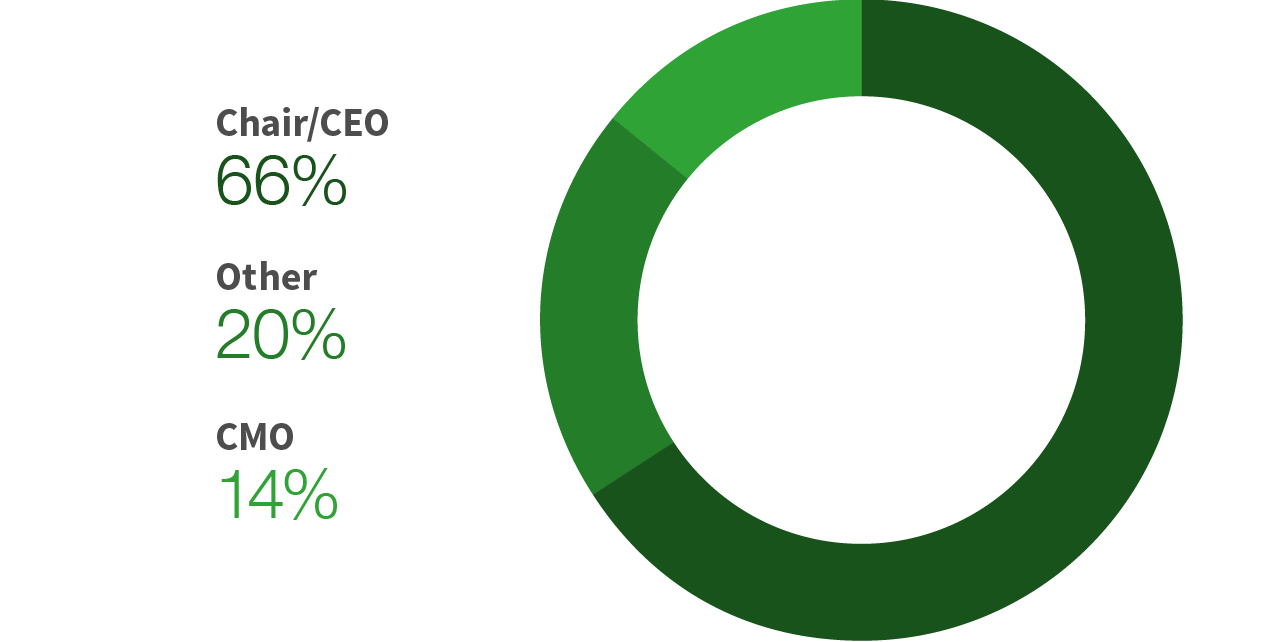 There's a slight dip in the number of respondents reporting into the CEO/chair (down from 70% in 2016, but up from 60% in 2015); meanwhile the CMO oversight rose slightly to 14.3% with the remaining 20% reporting into various functions including COO, among others. 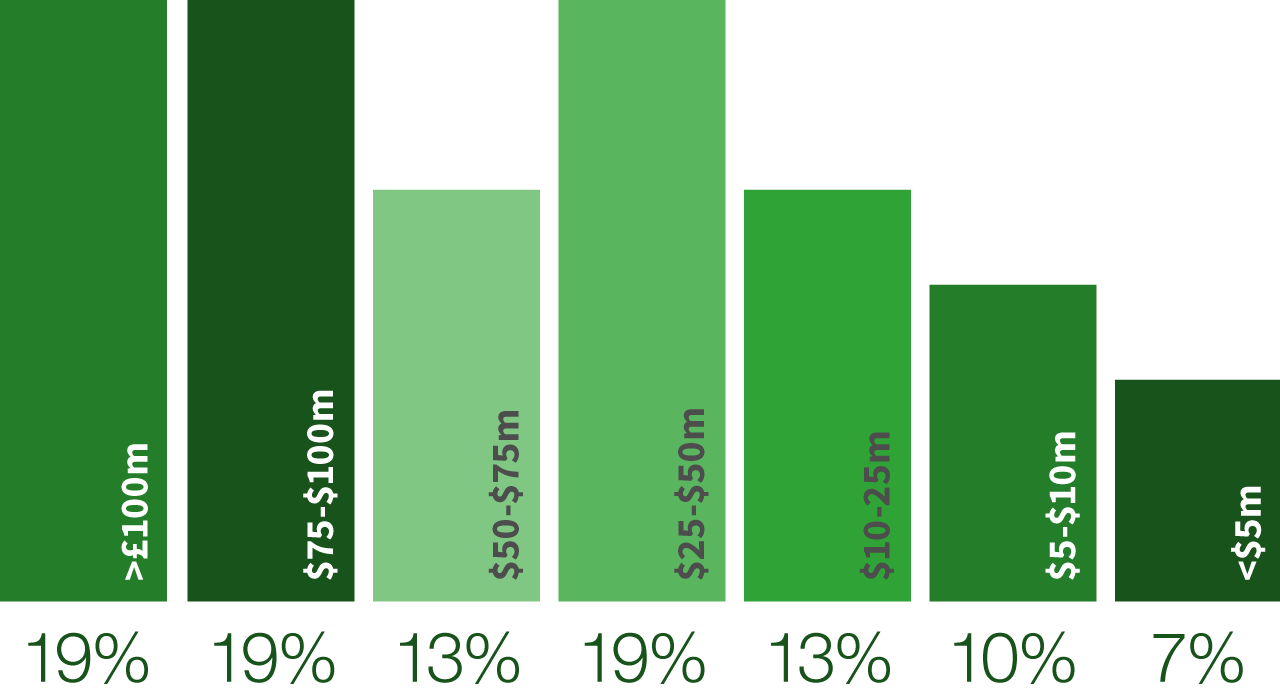 In which areas do you expect to spend more next year? 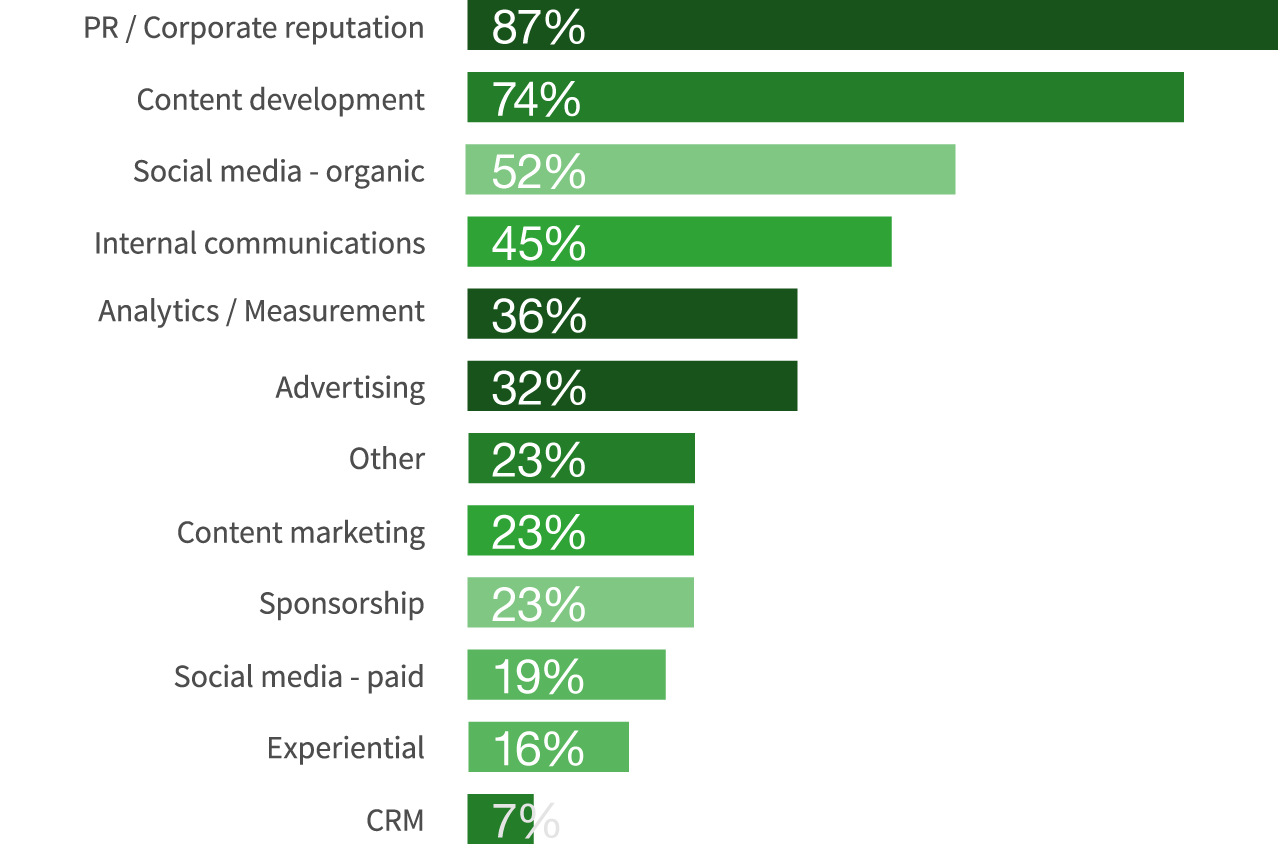 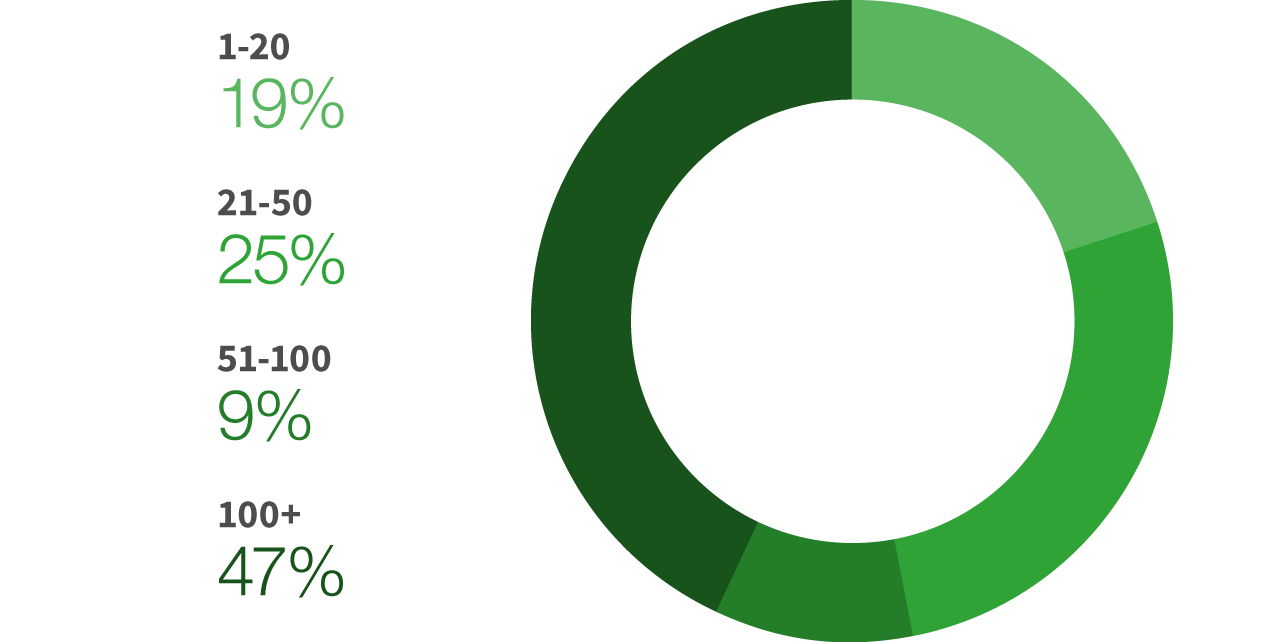 The number who saw budgets increase is down, meanwhile 46% respondents saw their budgets hold steady over 2016 (meanwhile, increases were mostly under 10%, plus 4% saw decreases that ranged from 15% to 5%). Most of the Influence 100 — 47% — manage teams that exceed 100 people and while budgets were flat, 36% of respondents were able to expand their teams up to 30%. Meanwhile, 54% kept their teams flat and the rest reported a decrease.

The majority of spend goes towards PR/corporate reputation — but respondents expect to spend less on this and content development in 2018 and, instead, spend more on organic and paid social media. Advertising, CRM and employee engagement are others areas where respondents expect to spend less next year. Spend on analytics, experiential and sponsorships are expected to hold relatively steady. 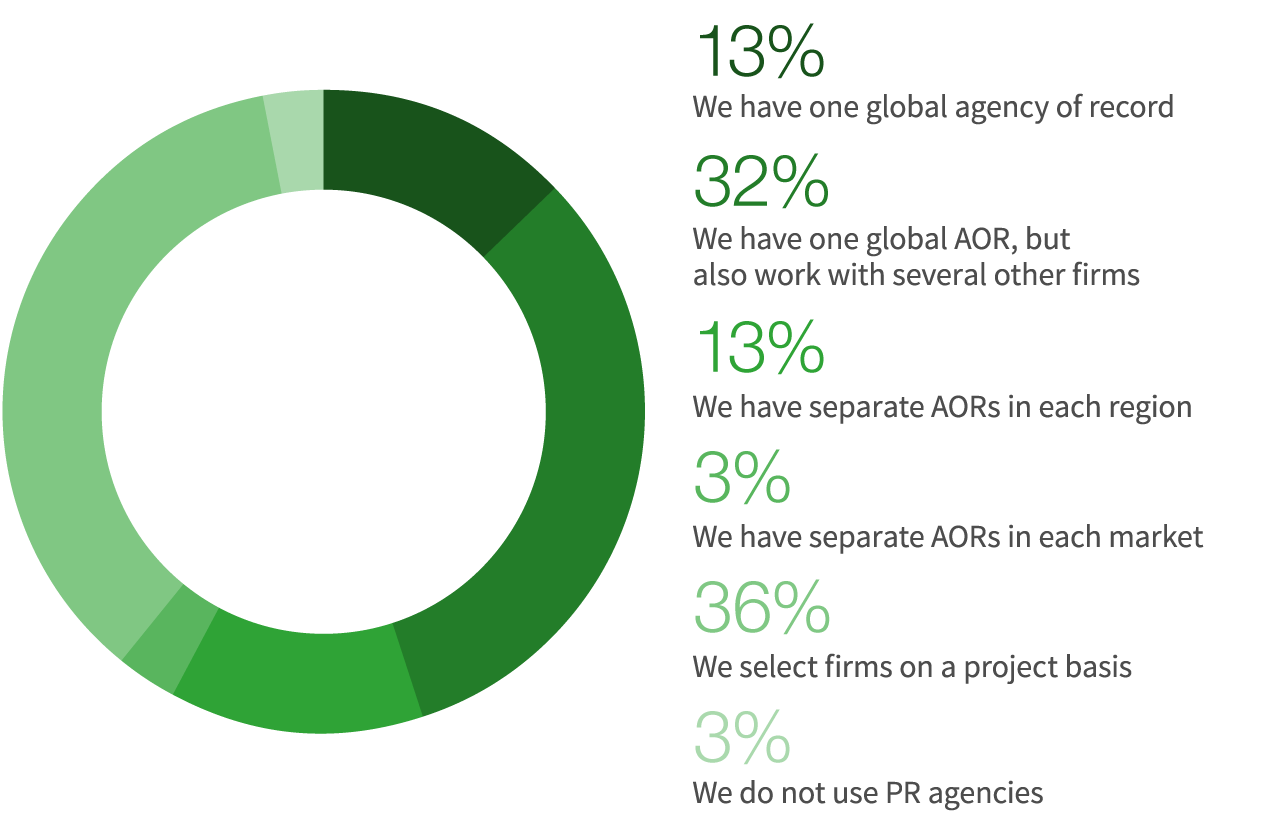 Agency spend appears to be up with 15% spending more than $30m on partners, up from 4% in this category last year. Meanwhile, one-third of the respondents spend between $10m to $29m on agencies. On the lower end, the number of respondents spending less than $1m declined from 20% to 14% this year.

There’s been a surge of respondents who use one global agency of record. Last year, only 6.5% said they use one global AOR — that figure doubled this year. It makes sense, then, the number who said they have a global AOR, but also work with other firms dropped by 16 points down to 32%. Even so, selecting firms on a project basis is on the rise — this is up 13 points from last year. Those who have AORs for each region slipped down from 6.5% in 2016.

There’s been a big uptick those preferring an invitation-only pitch — 63% versus 55% from last year. This comes at the cost of the traditional RFI/RFP process which is losing steam at 27% from 35% in the previous year. Also, notable — the number of respondents who prefer to hire an agency they have previously worked with is down to just 3% from 17% last year. Those opting to tap into their referral network is down three points to 7%.