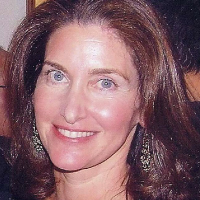 In 2015, Kahn left Broadcom after nearly five years to become CCO for HP — which at the time had just completed its split from the enterprise business. (Kahn is part of the company that includes the PC/laptops and printers.) Last year, Kahn spearheaded a review of the company’s lucrative PR duties, which resulted in the company parting ways with longtime incumbent firms Porter Novelli and FleishmanHillard to consolidate with Edelman.

She reports to CMO Antonio Lucio.

HP has publicly made a commitment to gender equity by telling all of its agencies that they have one year to increase the number of women in leadership roles. At Cannes earlier this year, Kahn spoke to the way company’s need to rethink their organizations to make diversity a reality.

"Companies need to take the opportunity to figure out how people want to work," she said. "Companies spend a vast amount of time and energy on exit interviews instead of, when we on-board people, asking people how they want to work: if they want to drive child to school every morning, or if their child has basketball practice and that’s the way they want to work. You can only retain people if you can meet them where they live."